By JimmeNovember 4, 2022No Comments6 Mins Read 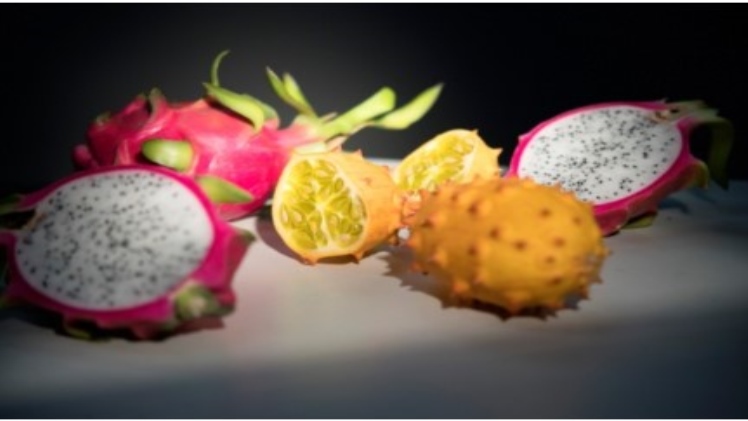 The world is an amazing place when you get to see what it has to offer. This can be seen in the various cultures and the foods they have created. You’ve got to admire any culture that can make food that is not just delicious or beautiful but even interesting.

Who knew that there were so many unusual fruits in the world?

You may know about some of them: lychee, durian, and jackfruit are a few examples of the weird, wonderful fruit out there. But did you know about the papaya-like fruit from Chile? Or that you can buy a cactus fruit at your grocery store? Maybe you’ve heard of something called “goldenberries,” but aren’t sure what they are or what they taste like.

This post will tell you about some of the most unusual fruits out there. We’ll also share some ways to eat and cook them, so stick around for some tasty tips!

Pitaya is a fruit that comes from the dragon fruit plant. It is also known as dragon fruit and strawberry pear. Pitaya is a great source of antioxidants and vitamin C, so it’s good for your health! 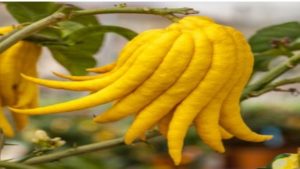 Pitaya can be eaten raw, or it can be cooked in several different ways. The texture of the meaty flesh makes it ideal for grilling, stir-frying or even baking into cakes. The flavor is sweet and mildly reminiscent of kiwi, with a hint of citrusy tanginess. Perfect for smoothies!

The seeds in pitaya are edible too! They can be eaten raw or roasted, just like coffee beans.

The Buddha’s Hand is a rare variety of citrus originating in China. It looks very similar to a lemon but is much larger, more oval, and bumpier than any other citrus fruit. The flesh is also thicker and contains fewer seeds. 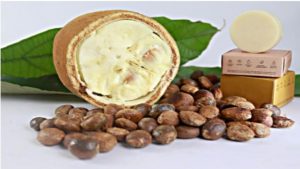 The Buddha’s Hand gets its name from its peculiar shape and coloration: The inside looks like an orange-colored hand when cut open. The fruit has been grown in China for centuries, but it wasn’t introduced to the rest of the world until approximately 1900, when it was first exported to Europe by missionaries returning from Asia.

The Buddha’s Hand is prized for its unusual appearance and has many culinary uses. It can be used in salads, desserts, and healthy beverages. It also makes an excellent garnish because of its unique appearance and flavor!

Cupuaçu is a large fruit that grows on a tree native to Brazil, Peru, and Bolivia. The cupuaçu tree is known in Brazil as guapuruá, and the fruit it bears is sometimes called the “monkey peach.” The cupuaçu tree has been around for centuries, but it’s only recently that people have started to appreciate its nutritional value.

The fruit looks like a small, reddish-orange dragonfruit with spikes running down its body. Inside, you’ll find five large seeds surrounded by sweet pulp — like a coconut with spikes! Cupuaçus are usually eaten fresh out of hand or used in cooking desserts such as cakes and pies.

Also known as the Chinese lantern plant, this fruit looks like a red berry or cherry that grows on the Physalis alkekengi plant. The fruit is eaten raw, cooked or dried and has a sweet flavor that may remind you of pineapple. It’s also added to salads, jams and stews in Asia.

Cherimoya is a fruit from South America popular in Mexico and South Africa. It has a creamy texture and tastes like a mix between strawberries, pineapple, and banana.

It’s not hard to see why cherimoya is one of the most expensive fruits in the world. The fruit is so delicate that it has to be hand-pollinated by specially trained people wearing rubber gloves!

Sapodillas are small, brownish-yellow fruits with a sweet flavor that tastes like a cross between a lemon and an apple. The fruit is edible once ripe, but raw sapodilla is extremely bitter. To get rid of its bitterness, boil the raw fruit in water until cooked through or roast it in an oven until soft and browned.

The jabuticaba (also known as the Brazilian plum) is a small brownish fruit that grows in clusters on a tree native to Brazil. It’s been around since at least 1817, when it was first described by French botanist Auguste de Saint Hilaire.

This unusual fruit is eaten raw or cooked and has a sweet-tart flavor similar to grapefruit. The skin is thin and edible, with a texture similar to that of a kiwi. The flesh should be firm with few seeds. Jabuticabas have a short shelf life, so they’re often canned or frozen after harvest.

The kiwano horned melon is an exotic-looking fruit. It’s also known as the African horned cucumber, jelly melon, and jelly bean bush. The kiwano tastes like a combination of pineapple and cucumber, with a hint of lime.

If you cut the melon open, it looks like a starfish with spikes sticking out of its skin. Kiwanos are about the size of a large cantaloupe. They’re green on the outside and bright yellow inside with black seeds.

Kiwanos are very juicy, so don’t cut them until you’re ready to eat them!

The fig is a fruit native to the Middle East and cultivated in other parts of Asia and North Africa. In some cultures, it’s eaten fresh or dried as a snack; in others, it’s made into jam or preserves. It has a sweet taste and crunchy texture, making it a popular addition to salads, pastries, and other foods.

Longon is a fruit that looks like an apple but tastes like an orange. It has a round shape with brown skin and white flesh. Longons are primarily grown in Indonesia but have also been exported to other countries.

Longons are rich in Vitamin C, making them good for your immune system. They also contain vitamin A, which helps keep your eyesight sharp and healthy.

The taste of longons is similar to oranges, though they’re not quite as sweet as oranges. They are high in pectin, which makes them great for making jellies and jams. The seeds inside the longon are edible too – be sure not to eat too many of them at once!

We hope you’ve enjoyed our list of some of the most unusual fruits in the world!

You never know what you might find when exploring the produce section of your favorite grocery store. But if you’re looking for something unique, these are just a few possibilities.

Even if you can’t find one of these fruits at your local store, there’s always an option to order online or check out a local farmer’s market—they may have some more unusual options worth trying!

What is a Bad Credit Score?