By JimmeSeptember 30, 2022No Comments5 Mins Read 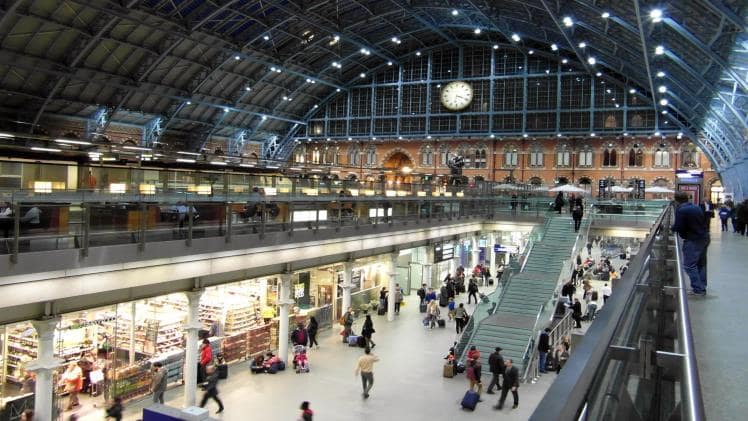 Are you visiting London anytime soon? If so, you will probably see or even travel through St. Pancras International Station. It is a great place to get where you need to go, or just sit and have a meal while you enjoy its rich history. The best part is the luggage storage in St. Pancras station, so you can enjoy the city bags free if you only have one day to check it out.

Before you check this station out, you will want to know all about its rich history and how it became the monument it is today. Here is a brief history of London’s St. Pancras International Station.

In 1746, way before the construction or even consideration of St. Pancras International train station, laid rural land with a small village, church, and burial ground. This land was named St. Pancras after a boy who was 14 years of age. In 304 AD, he converted to Christianity which, of course, infuriated the Roman leaders of the time. After refusing to renounce his faith, the leaders had him beheaded.

The Catholic Irish continued to bury their dead at this beloved burial sight in St. Pancras until its closure in 1854.

The Need For Something Bigger

As time went on and London became more modernized, a new push for St. Pancras to have a train station arose. Really it was all because of Midland Railway and their desire to have their trains travel from London to Bedford so they could keep up with their competitors.

Out of this need, the idea for a grand station in St. Pancras was born. The design was set to include a train station and housing area as well as a hotel for guests to stay in. William Barlow got right to work designing the structure of this enormous station. Using Iron and glass, he created an innovative structure that was well ahead of its time. I doubt he thought too much about amenities like luggage storage back then, but he was still just as impressive even in his time.

During the build-out, Barlow realized he needed to design the station to rest a bit higher than usual so it could cross the Regents Canal. This made it stand out among other structures in its neighborhood, but no one seemed to mind because of its unique ability to store goods. Since the building rested on nearly 900 iron pillars, there was ample room for storage under the station. Because of this, the measurements between pillars ended up being determined by the number of beer barrels that could fit in the space.

While Barlow was the architect who handled the safety and layout of this grand station, he was not the one who made it look good. A competition took place in the mid-1860s to determine which lucky designer was to take on the privilege of giving a face to the St. Pancras Station and Hotel. The famous George Gilbert Scott, despite his design breaking the competition rules, won this honor and gave the station and hotel a beautiful Victorian Gothic design.

The Steady Decline of the Station

After several great years of success, the station’s management was handed over to London Midland and Scottish Railway. The Hotel eventually closed down due to a lack of business and loss of profit. It was instead transformed into an office space for the railway workers and renamed St. Pancras Chambers.

The station was pivotal in World War II for transporting troops and evacuating pedestrians from the city. Even though it certainly saw its fair share of war damage, the structure remained sturdy and was eventually repaired. However, the station continued to decline.

All of the attempts from the British Railways to close the station down and demolish it had failed until the late 1960s when the station was set for demolition. Thankfully, John Betjeman launched a campaign to save it, and the hotel and station were declared Grade 1 just a few days before they were to be demolished.

Unfortunately, by 1985 the hotel and train station had declined beyond repair.

The Revival of St. Pancras

By the 1990s, a surge to revive the St. Pancras station had been instilled. Plans were made to place high-speed trains with lines into a new and improved St. Pancras International Railway Station. The designers of this new station painstakingly kept the design true to the original station and brought it back to life with old and new bells and whistles. In 2007, the new station was officially opened to the public and was in better condition than ever before.

What It Is Today

Today the St. Pancras International station is a bustling point of transportation in and out of London. Locals and tourists alike use it to commute and enjoy all that the city has to offer. While it may not be as known in pop culture as Kings Cross, it is just as good of a station, if not better. There are plenty of restaurants, destinations, and options for luggage storage in St. Pancras, and anyone who travels through it loves it.

London’s St. Pancras has a rich and fascinating history. So, whether you are a local or a tourist, it is worth a visit even if you don’t need to board a train. Just walk in, drop your bags off in luggage storage, and enjoy being a part of its incredible origin story.

An Introduction to the Web Design Process